London, UK - 4 January 2012: Acrobat perform a balancing act on a chair tower during the Cirque Du Soleil Kooza dress rehearsal at the Royal Albert Hall. Since its premiere in April of ..2007, KOOZA has captivated close to four million spectators in North America and Japan. London will be the first destination of the KOOZA European tour starting the ..5th of January. Written and directed by David Shiner, KOOZA is a return to the origins of Cirque du Soleil combining two circus traditions - acrobatic performance and ..the art of clowning. KOOZA highlights the physical demands of human performance in all its splendor and fragility, presented in a colorful mélange that emphasizes ..bold slapstick humor. This image can be quickly and easily purchased from some of the major international stock agencies: 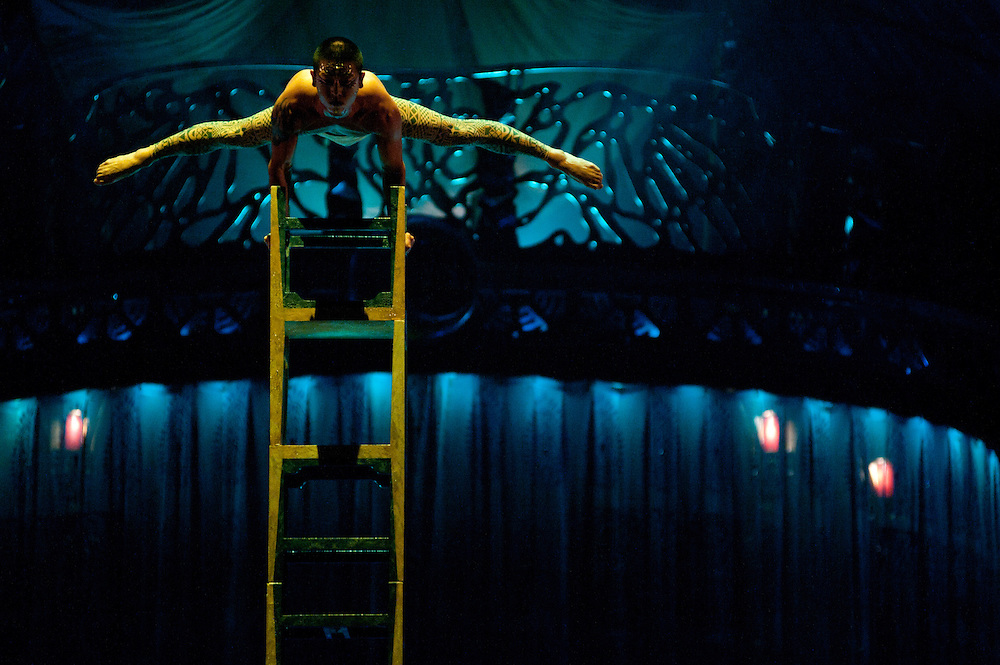